Let’s get started with serious topics. This first post is about the last thing I’ve sewn: a winter coat.

I’ve already got a few winter coats that I love, but since a while, I’ve been thinking a lot about sewing my own coat. I wanted it long, in thick wool and navy blue. So it was very precise in my head!

I first started by looking at the coat patterns, and I came across two patterns that I liked, the Burda Style Super Easy 6736 and the Very Easy Vogue V9136. I think it was the mustard yellow that made me like them both! After a bit of thought, I chose the long version of the Vogue with pockets, which I loved the high collar, the buttons and the caban style. 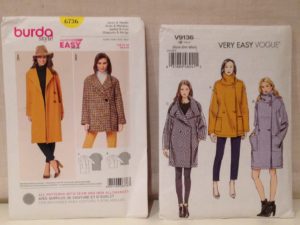 For the fabric, I had a little more trouble to find it because I had a specific idea in mind. However it is during a weekend in Paris that I found my happiness at Coupons Saint Pierre, with a 3m dark blue fabric piece, 80% wool and 20% polyamide, very thick as I wanted.

That’s when things got tough … Yes, because it was not as Very Vasy as Vogue said it was! 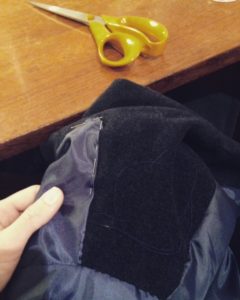 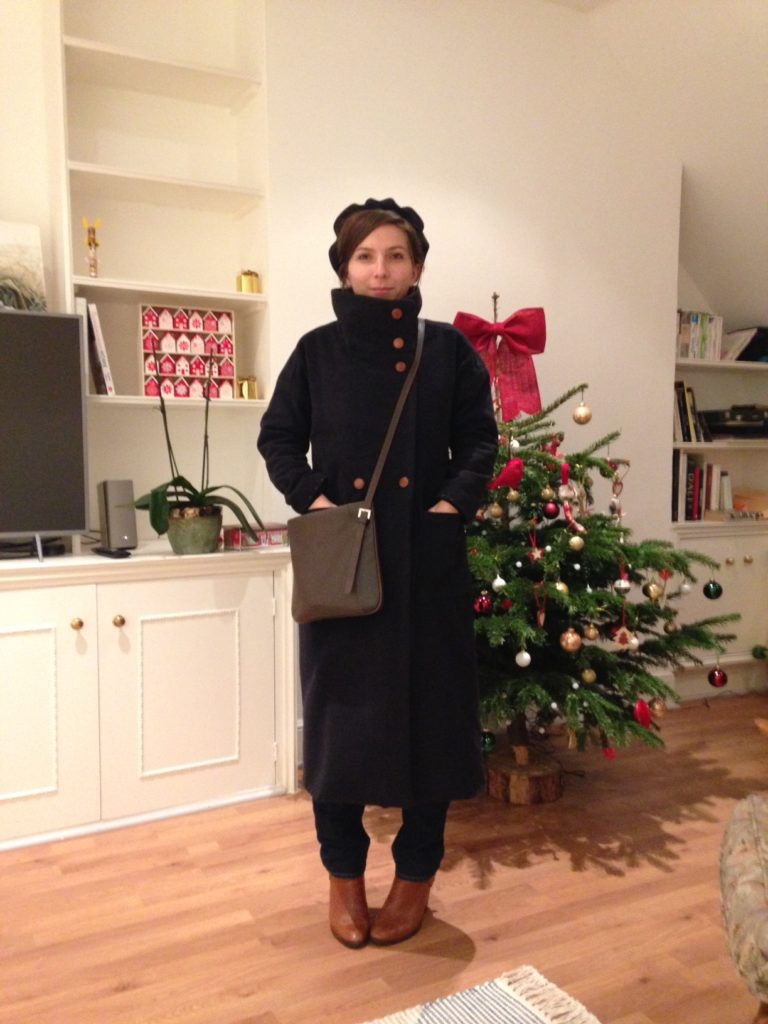 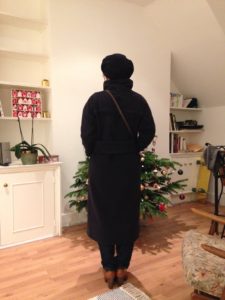 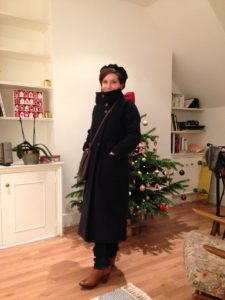 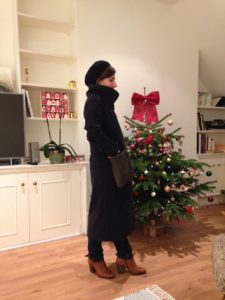 Despite all these adventures, after the adjustments, shortening of the bottom, and the adding the wooden buttons, I am really happy with the result! After a month and a half of work, since I finished it last weekend, I cannot go out without it. It keeps me warm and is already my favourite ally against cold temperatures! 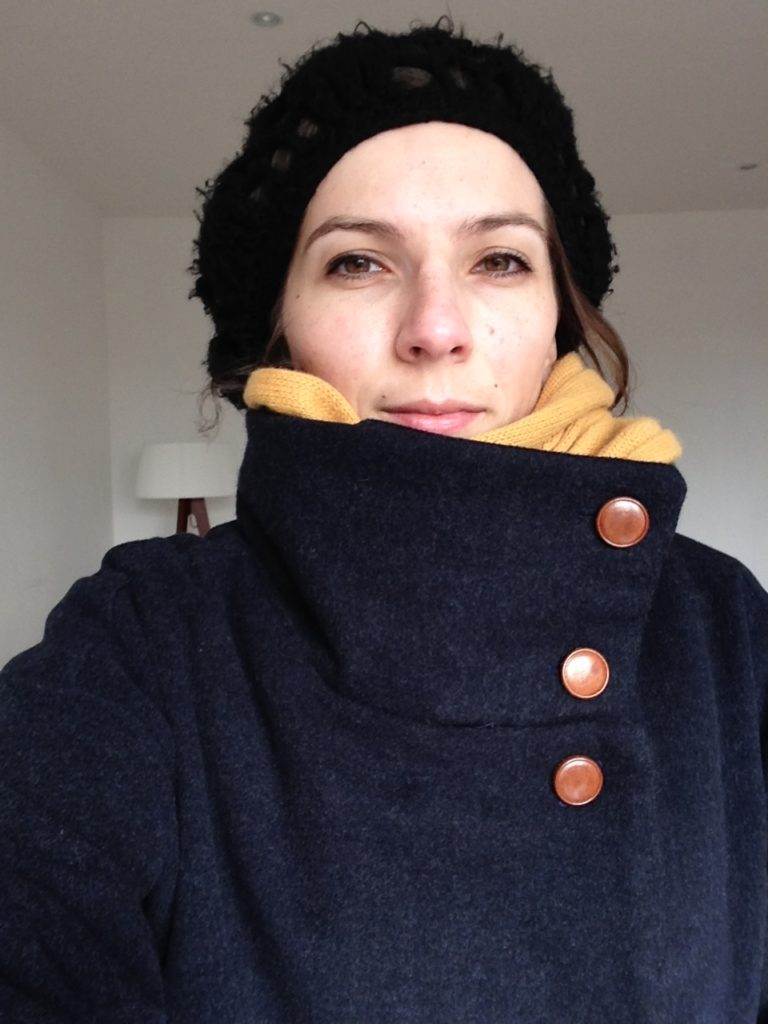 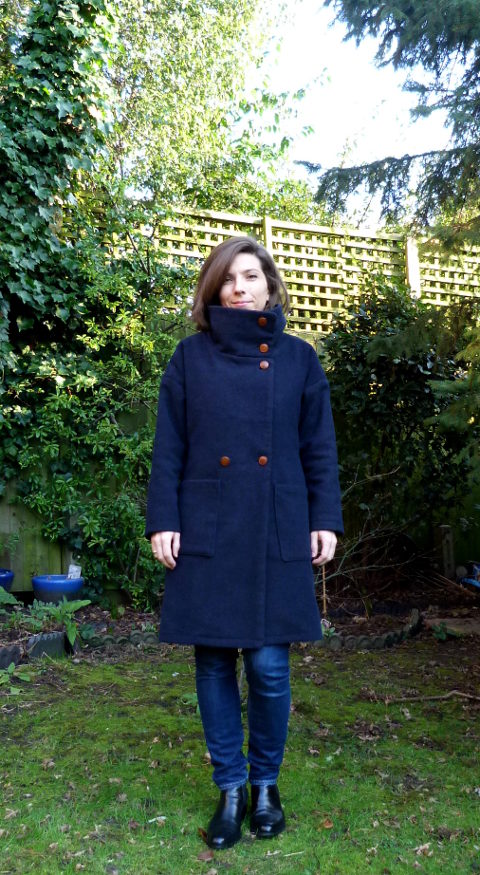 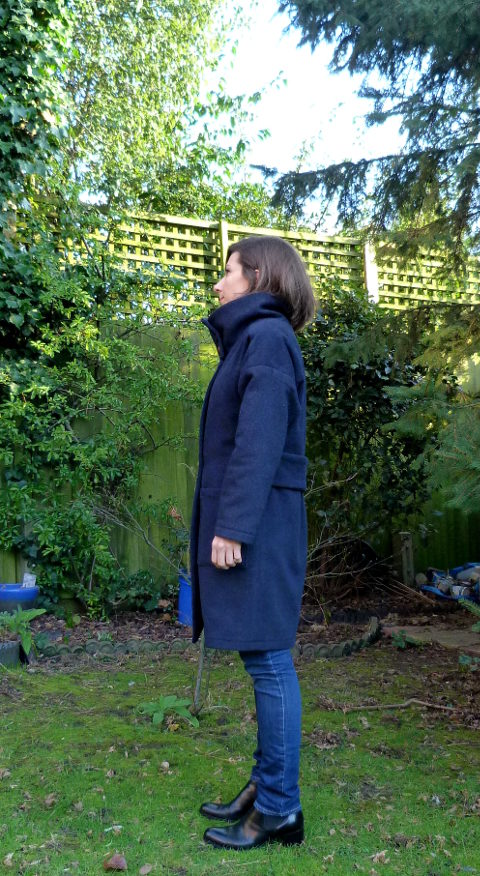 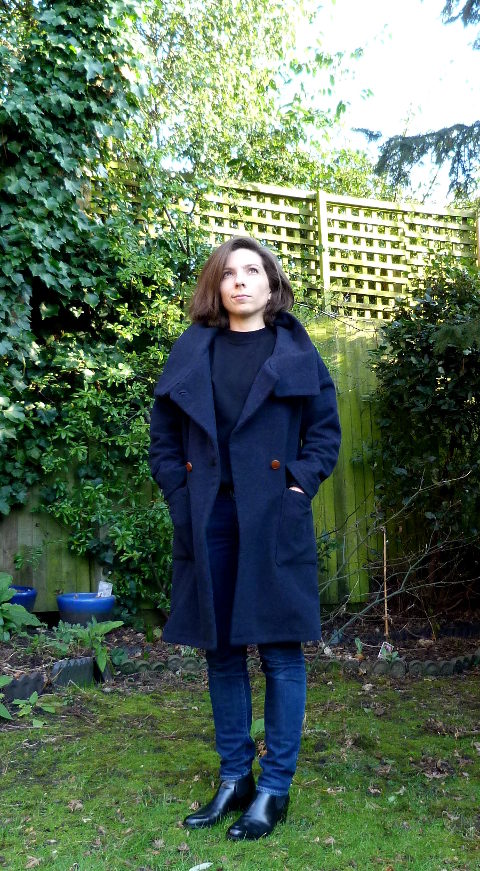 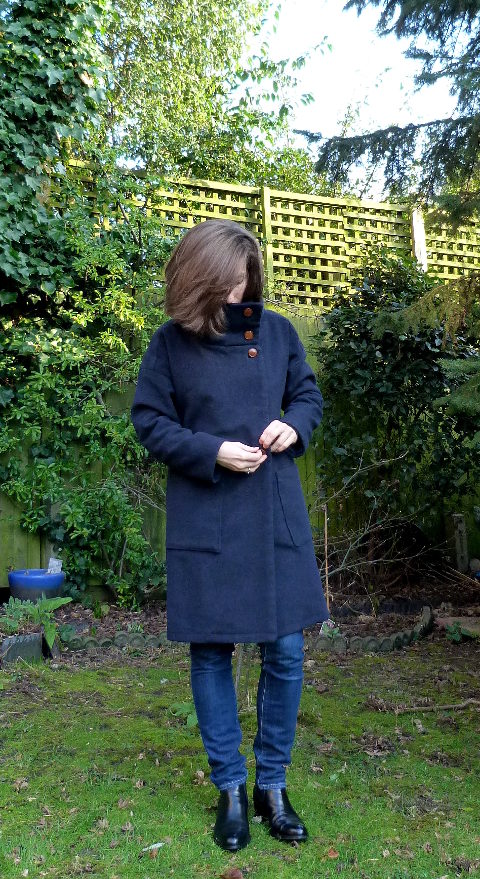 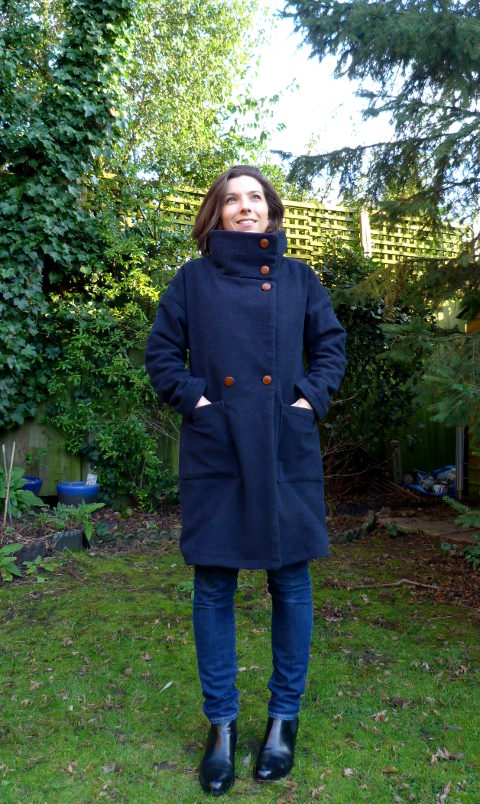 Reuse your fabrics scraps with these beautiful sewing projects

A quilted jacket for my little girl