After having sewn a few gifts for my friends, I wanted to make myself some gifts with my recently acquired skills in terms of French seams and also, in order to fight this desire for shopping that comes with the warm weather perspective! However this past week weather hasn’t been that great in London…so in the end it has allowed me to play for time and be ready for this spring with a new sewn outfit!

I can now introduce you to this powder pink blouse which belonged to my grandmother Lucette and new “petroleum blue” culottes sewn with the Simplicity 8092 pattern.

This blouse made of a silk and acetate mix, very light and originally sewn and “textured” by hand, was slightly too big for me. 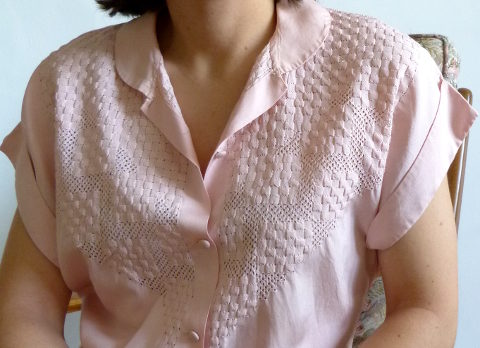 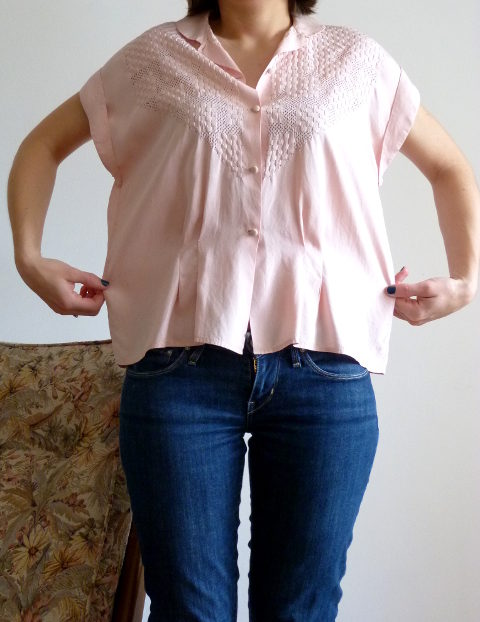 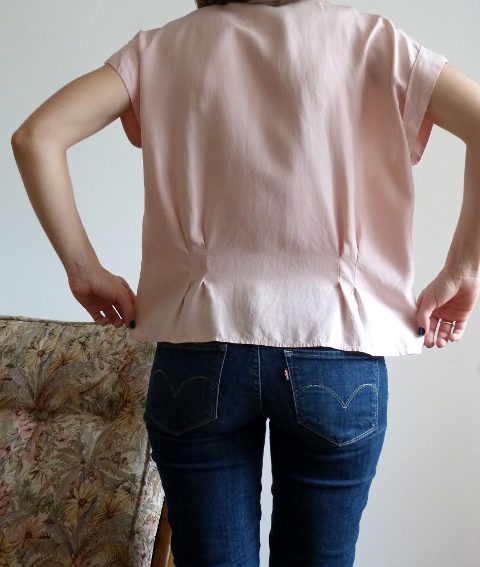 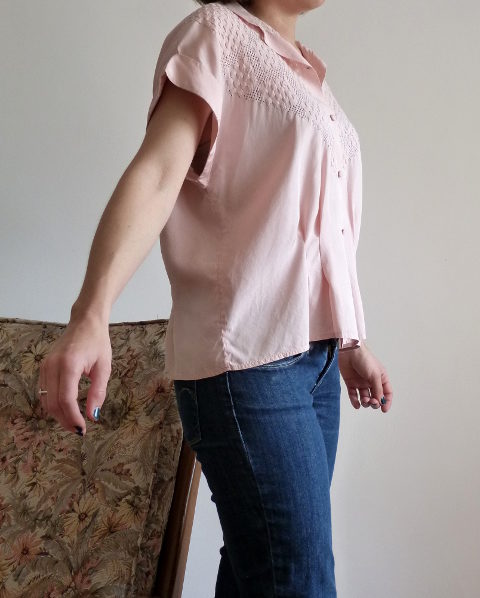 I simply adjusted it on the sides by making curved seams and by finishing them with French seams. And here it is after the adjustment: 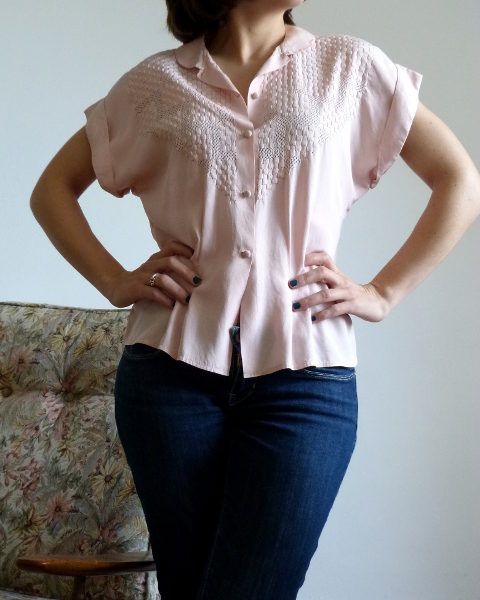 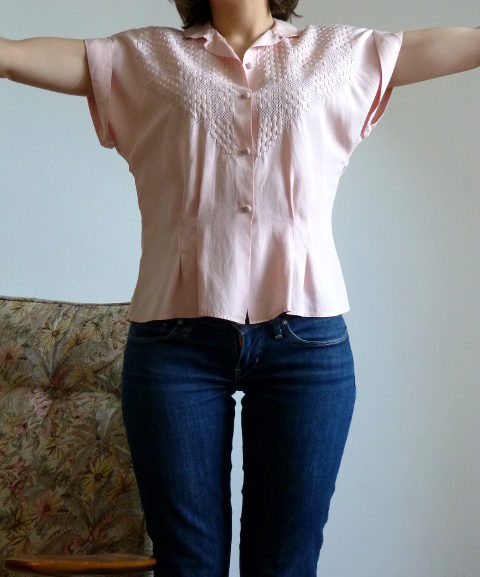 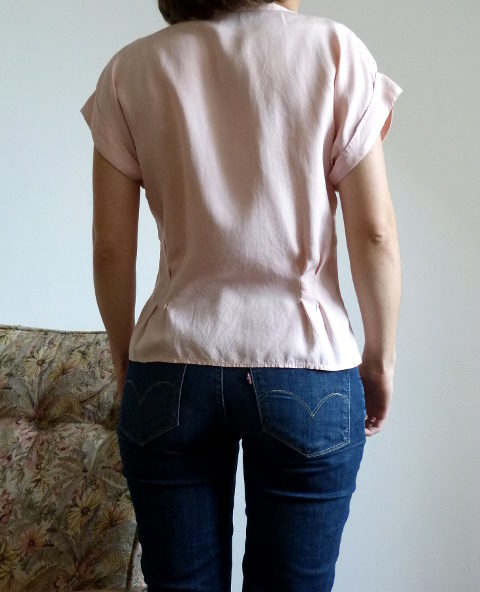 I don’t think I’m good enough in English to explain French seams, but it’s quite simple so I’ll give it a go. I just had to: 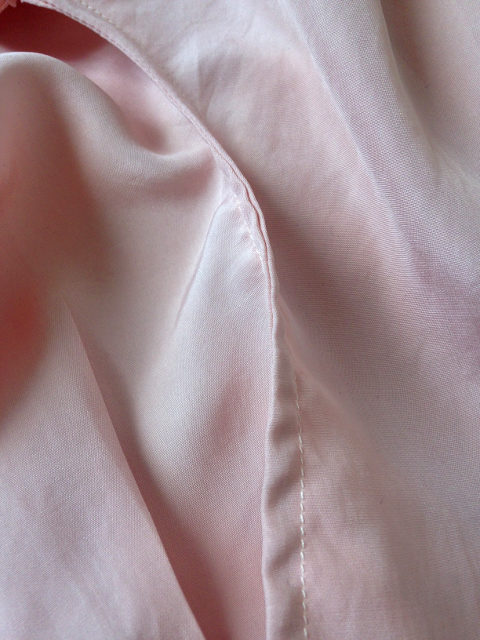 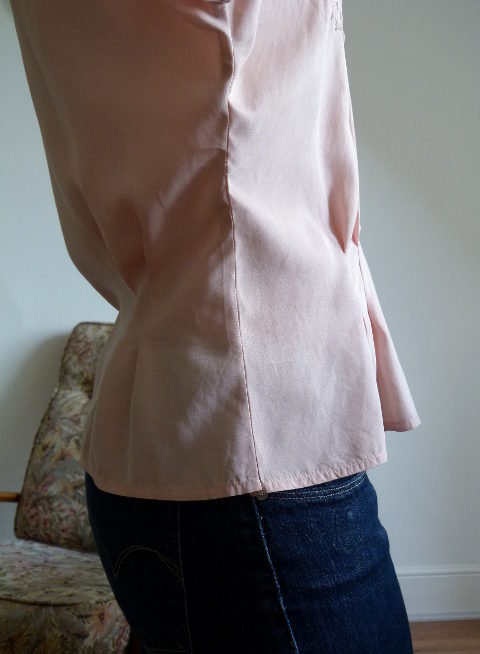 I discovered later on that curves and French seams are not particularly best friends, because when sewing strong curves it’s better to clip the seam allowances which is not possible on a 5mm seam allowance! However it went all right on the blouse with a bit of smooth ironing.

Regarding the culottes, I mostly worked on the sizing, which I am still practicing from the pattern with low success (I generally forget about the seam allowances!). I will get there by failing and failing. I’m better at getting the right size from the fabric directly, which is obviously too risky if you go too small! I just did two modifications compared to the pattern: 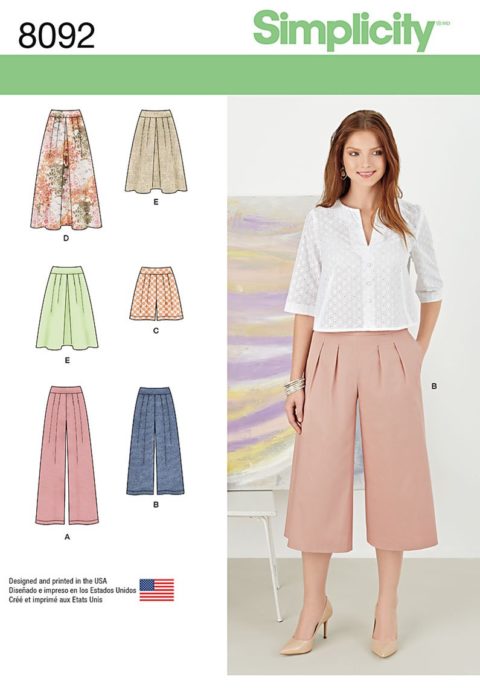 Oh and the fabric: this is a relatively thick polyester which has some weight to it, it is holding nicely and it has a nice drape at the same time, so I love the way it looks on the culottes. Again this is a piece of fabric from Coupons Saint Pierre in Paris. I bought 2.80m for 18€ (approx. £15). 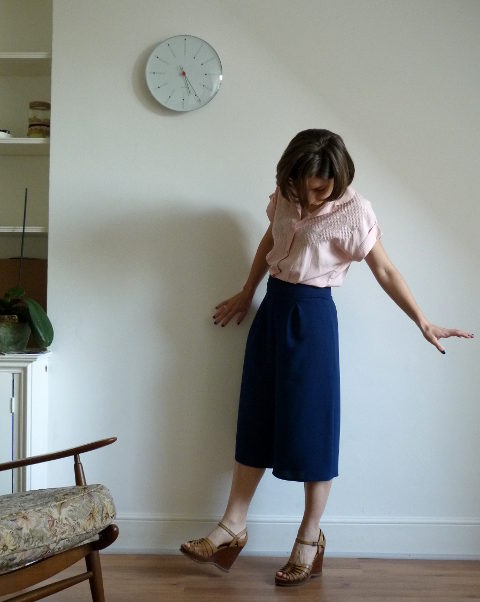 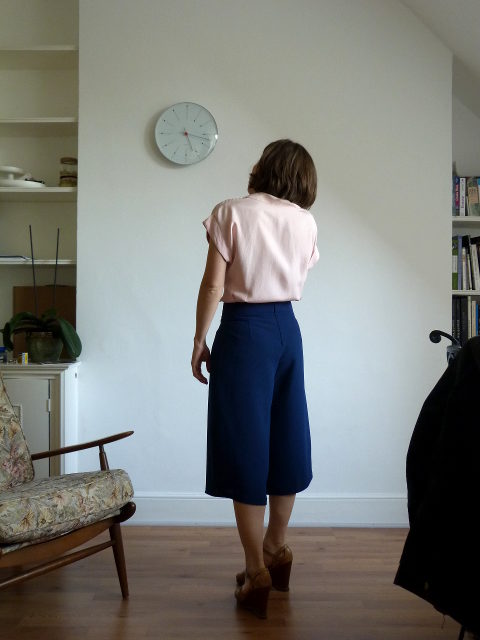 DIY – How to make lavender sachets